Scars and Bruises Walk In Clinic

Most everyone will get a bruise or two every now and then, and scars. Usually, it is not a problem. Sometimes, there is cause to see a doctor about bruises – especially ones that do not go away. When there is no apparent cause, it may be time to visit a scars and bruises walk in clinic Dyker Heights.

Scars are caused by an injury to the skin and possibly to tissue below. It is part of the healing process but a scar will always be left behind. The color of the scar will usually fade, but there will remain evidence of it – often as a sunken spot on the skin. A scar can occur anywhere that there has been an injury which resulted in damage to the skin. Scar tissue may also form inside the body as a result of an internal injury or surgery.

After a scar has formed, it can become a problem. They may become itchy, be raised above the surrounding skin, or it may be unsightly – especially if it is on the face – such as scarring from acne or chickenpox. The good news is that a scars and bruises walk in clinic Dyker Heights can help reduce scars.

Bruises are a normal function of the body after there has been an injury to the skin which did not puncture it. Some of the tiny vessels beneath the skin were ruptured and some blood poured out of them into space directly under the skin. It gets trapped there, and the body will absorb it before long. In most cases, bruises are not a problem and the bruised color will disappear – usually in about two weeks.

The Cause of Bruises

Bruises are usually caused by a blow to the skin, whether you bump your leg against a piece of furniture, fall, are in an accident, or a fight. People who take blood thinners will find that they will bruise easily, and some vitamin supplements (gingko biloba, garlic, fish oil supplements, and alcohol) will have the same effect. Taking steroids can also cause bruising even with just slight injuries.

When Bruises Are a Problem

Although bruises are a normal part of life, on some occasions it may be a cause for concern. Unexplainable bruises may point to:

When to See a Scars and Bruises Doctor

Bruises will normally go away within two weeks and will usually have some swelling and pain accompanying it. If it does not go away within that time, there may be more bleeding underneath, or it could indicate one of the above problems. Getting bruises without a cause is another reason to see a doctor, and especially when a bruise is accompanied by little blood spots and fever, weight loss, chills, or other symptoms.

The Quality First Urgent Care clinic in Brooklyn, NY sees patients quickly. We can perform various testing with our in-house lab and diagnostic scans. The friendly doctors in our scars and bruises walk in clinic Dyker Heights treat patients of all ages. 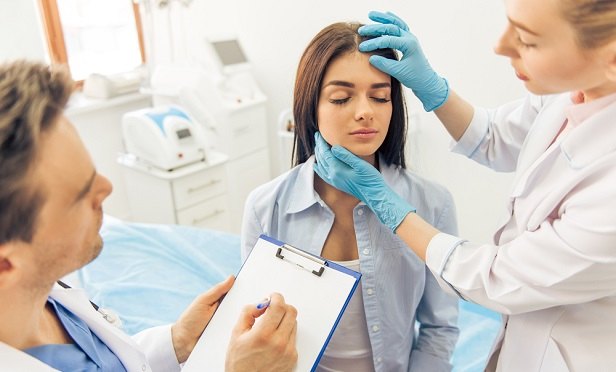